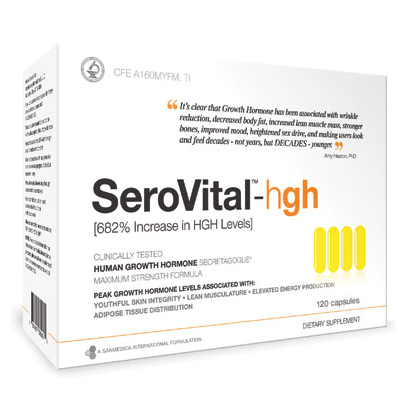 “It’s been called the fountain of youth”

“HGH didn’t go mainstream until women discovered that it may reduce body fat, increase muscle tone, smooth out wrinkled skin, and have a distinct ability to make you look and feel years younger.”

Serovital has been used by many celebrities and has been showcased in many magazines. 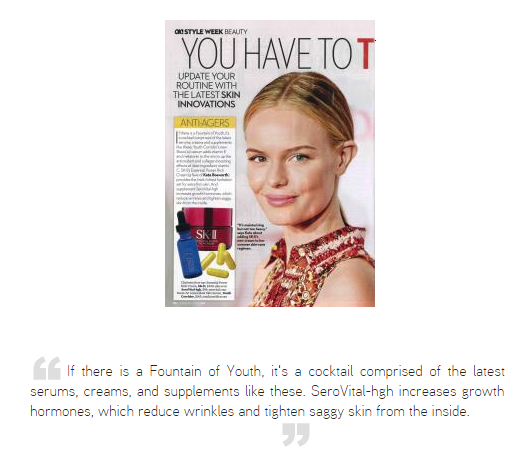 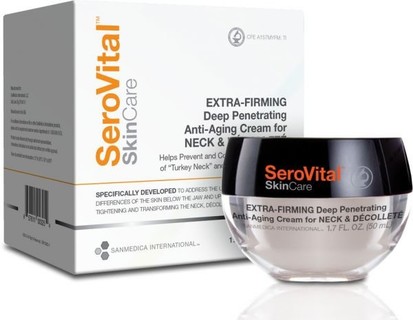 ” An Incredibly Effective Amino Acid Complex- Based Formula to Help Prevent and Correct the Appearance of “Turkey Neck” and “Crepey” Décolleté.”

“Specifically Developed to address the unique structural differences of the skin in this sensitive area, visibly lifting, tightening and transforming the neck, décolleté, and jaw line.”

“Specifically developed to not only reduce the appearance of dark under-eye circles, but also help firm the delicate, sensitive skin of the orbital eye area, visibly smoothing the severity of harsh wrinkles and crow’s feet as well as improving the appearance of upper eyelid droop and under-eye puffiness, making the entire orbital eye area look larger, brighter and more youthful.”